Better use of solar energy can provide power, district heating and storage 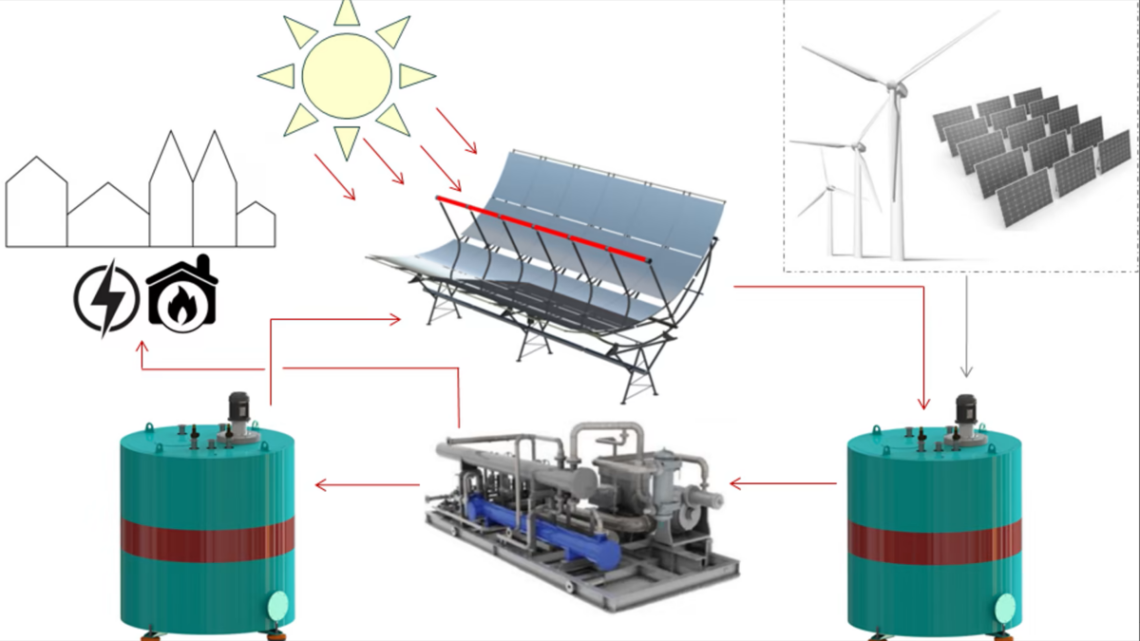 When the sun shines, it is trapped in an elongated crib, which can absorb 75 percent of the sun’s energy. This is a much larger proportion of the sun’s rays than the current photo voltage systems utilize.

A new innovation project will make even better use of all the sun’s rays and contribute to significant CO2 reductions.

“The project has the potential to change how we understand the sun as an energy source.”

So says Christian Nodskov, CEO of the engineering company ATE Denmark, which together with a wide circle of partners is engaged in the innovation project Full Spectrum Solar Energy (FullSpec). With EUDP funding over the next three years, the project will redefine the potential of solar energy.

Today, we primarily harvest energy from the sun in the form of solar collectors, which utilize the sun’s heat to produce thermal energy to heat water; or solar cells, which produce power of sunlight.

With FullSpec, you want to do both at the same time and even do it better and more efficiently than before. As a bonus, you will even be able to use the developed solution as a storage for wind energy and surplus solar energy.

FullSpec consists of two elements: better collection of the sun’s energy and greater utilization of it.

“PV systems take only a small share of the sun’s energy. We eat all the radiation,” says Christian Nodskov.

The sun’s heat and rays must be optimally utilized. It secures the second key element of FullSpec; an organic Rankine cycle (ORC) plant, which stores the energy produced as heat in thermal oil, which can then be converted into power or heat when the need is there.

The ORC plant will be designed by Sensible Energy and built by MAKEEN Energy, and Project Director Anders Bjørn from MAKEEN Energy has high expectations for the solution:

“The ORC plant can convert surplus energy into power and heat. It can be surplus value from anything – heat from solar, gas, power from wind farms and much more. ORC is a power unit that can run on profit. There is a market for this,” says Anders Bjørn.

“It’s a battery that collects excess energy. There are days when the power from solar cells and wind is worth 0 kroner because we can’t set aside more of it. With the plant, we can run the energy in storage. This means that a solar farm with an associated ORC system will also become an energy source at night,” says Anders Bjørn.

Both ORC and solar capture are well-known technologies, and the innovation project builds on positive experiences and uses technologies that have already been developed, tested and demonstrated individually. And it is the combination of several elements that gives the FullSpec project its great potential, says Glenda Napier, CEO of Energy Cluster Denmark, who facilitates the project:

“The solutions developed in FullSpec will make a significant contribution to the green transition by both offering cost-effective storage and production of electricity and district heating, while at the same time helping to connect the elements closely together in a coherent energy system. It’s top-shelf sector coupling,” she says.

The EUDP project runs for 3 years and is supported with almost DKK 14 million.

The partners in FullSpec are specialists in their own field and bring many years of experience into the project.

ATE Denmark will supply the solar collector and storage innovation project, and the other partners include MAKEEN Energy, which will build and sell the plants; Sensible Energy, which will develop and design an organic Rankine cycle (ORC); DTU Construct, which will verify the results and Kildemosen Smede & Maskinfabrik; that must erect the plant. Energy Cluster Denmark facilitates and project manager. FullSpec, and SK Forsyning in Slagelse participates both as a partner and as a demonstration host.