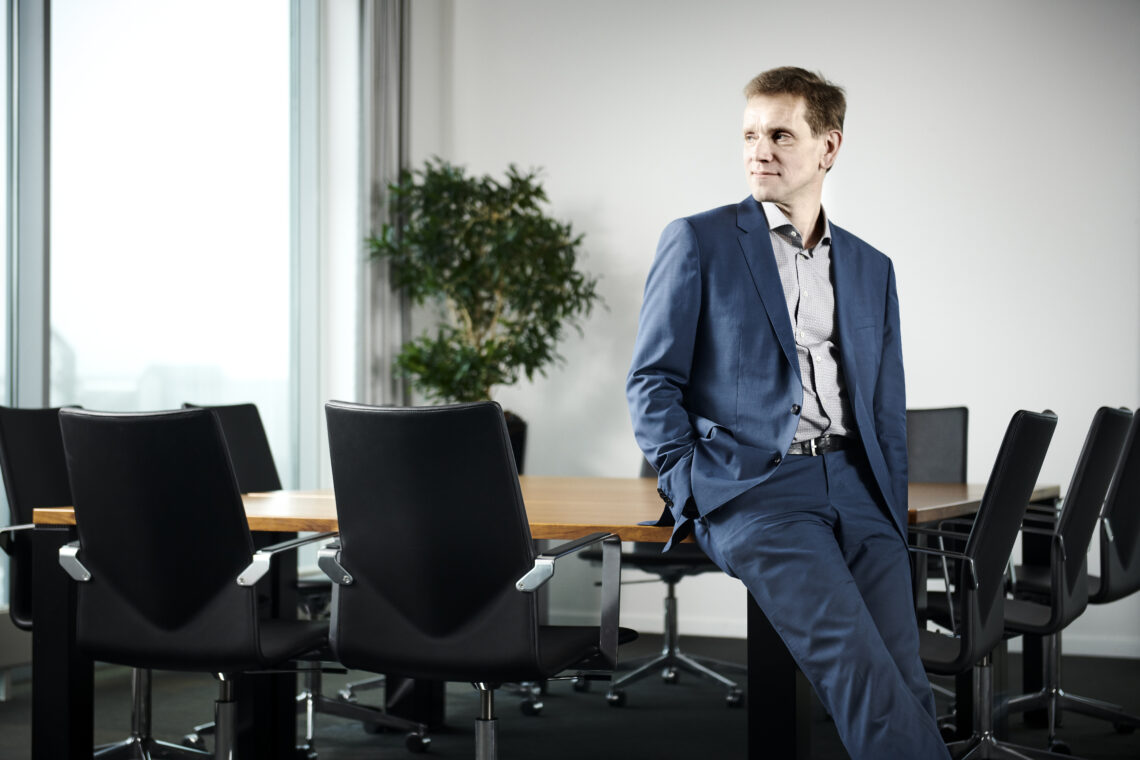 If the utility company could be allowed to regulate the heat in Mrs. Hansen’s living room by a degree or two, then the district heating network could become the largest X in the sector.

In a world of management-Danish, where mistakes are ‘learning opportunities’ and problems are called ‘challenges’, the EWII Group’s CEO, Lars Bonderup Bjørn, is a breath of fresh air.

When it comes to the role and contribution of utilities to the green transition of Denmark, EWII and Lars Bonderup Bjorn have two ‘very specific headaches’:

“The thickness of cables for the increased amount of electricity to be distributed is the one physical limitation of a green transition. The full integration of fluctuating energy is the other,” he says.

Headaches can ease, but it requires a greater, thorough dialogue on the energy infrastructure of the future than we currently have if that is to happen.

“We have the ambition of a green transition, and we have the ability to produce the renewable energy needed to succeed. But we lack a dialogue about what it takes for infrastructure to reach the finish line,” says Lars Bonderup Bjorn:

“The transition requires planning. So, it will still take 10-15 years to roll out the infrastructure needed,” he says.

District heating as a battery

Decision-making and planning can solve part of the green transition – Rethinking and innovation in well-known sectors can also contribute to the green transition. Not least when it comes to making more fluctuating energy sources and variable power consumption work as smoothly as it does today – without having a mountain of coal and a power plant in the backhand:

“The fluctuation in energy production and consumption needs to be handled, and this requires that we get a grip on storage and Power to X,” says Lars Bonderup Bjørn:

“Currently, there is a very strong focus on hydrogen and in EWII we also see hydrogen as one of the keys to the energy system of the future. But hydrogen is not the only X,” says Lars Bonderup Bjørn.

For example, you can extract gas from wastewater and use it for power generation, and you can rethink the district heating system, he mentions:

“The district heating system has enormous potential as a storage. If the country’s 2,500 district heating companies had one common thermostat and the temperature could be controlled centrally, we could solve a large part of the storage challenge in the green transition,” says Lars Bonderup Bjørn.

The idea is to turn up Mrs. Hansen from 21 degrees C to 22 when there is a lot of wind energy to use, and similarly turn down a little when there is a lack of energy. The heat being retrieved can be converted into power.

“Today we shut down wind turbines and photovoltaic systems because we cannot take the power. If we could use district heating as a storage, we would be able to use energy production in another sector and at the same time get a storage,” says Lars Bonderup Bjørn.

It will take a comprehensive digitization and a few clever algorithms to get there – just as there will probably be a few regulatory barriers before Lars Bonderup Bjørn decides Mrs. Hansen’s room temperature. But the potential makes it worth considering:

“Today, Mrs. Hansen’s room temperature fluctuates as well – the only difference will be that we control it centrally,” says Lars Bonderup Bjørn:

“It’s an interesting debate to have, and it’s a difficult democratization exercise to deal with. Our world is not geared to the challenges we face. Therefore, you have to think differently,” says Lars Bonderup Bjørn.