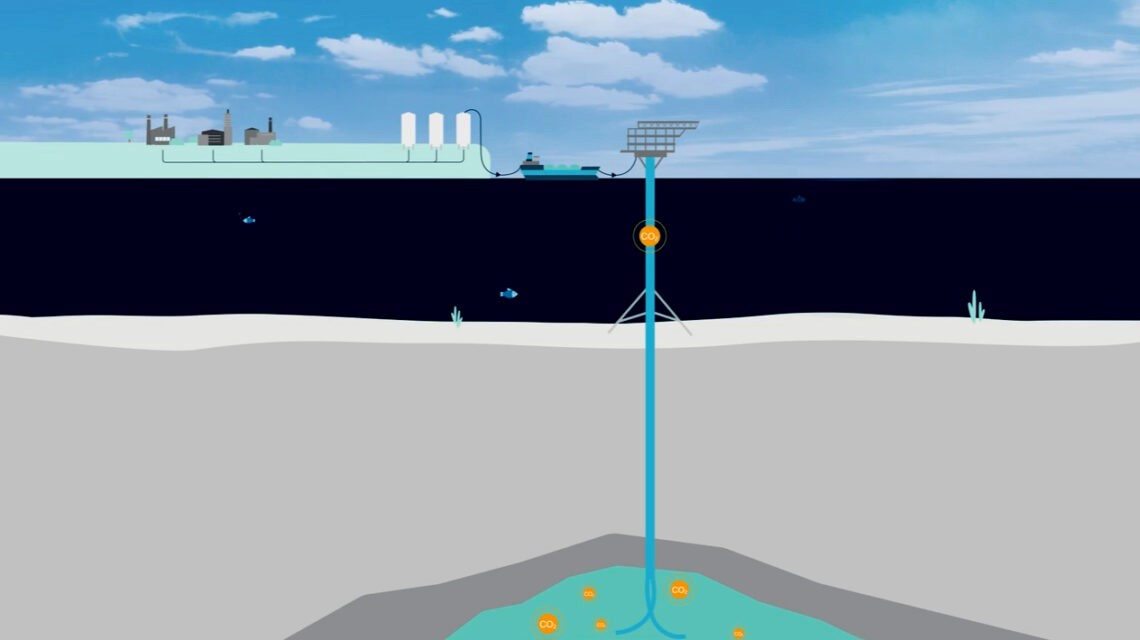 Production of oil and gas from the North Sea has contributed more than DKK 400 billion to the Danish treasury and has been of crucial importance to the welfare society we know today. Now, the old fields might help shoulder a new, green and environmentally friendly load.

“In connection with production, a large amount of data has been collected about the subsoil. The innovation project Greensand aims to utilise this data and the existing infrastructure to provide cost-effective storage of CO2 as early as 2025. If a political decision is made this year that the existing licences can be used for CO2 storage, Project Greensand can probably deliver a storage potential of 4–8 million tonnes of CO2 per year by 2030,” explains Johan Byskov Svendsen, Greensand asset manager at INEOS Oil & Gas DK.

In addition to the direct benefits of contributing to 20–40 percent of Danish CO2 reduction by 2030, Project Greensand is also an important step towards ensuring that Power-to-X can be realised.

“Should there be sectors in 2050 that have not reduced their CO2 emissions to 0, negative emissions must be achieved elsewhere. Here, CO2 storage and project Greensand are essential,” Johan Byskov Svendsen points out.

British-based chemical group INEOS Oil & Gas DK is the operator of the so-called Siri Area in the North Sea, where 4–8 million tonnes of CO2 are to be stored. The company is at the forefront of the innovation project that will assess the potential, and INEOS will also lead a consortium that will ensure that storage can take place from 2025.

The extensive studies are to clarify whether large amounts of CO2 can be stored in the North Sea. A major innovation project that could potentially constitute the largest single contribution in Denmark’s green transition.

The project will confirm that the so-called paleocene/eocene sand in spent oil fields can be used for safe, long-term CO2 storage.

In the first phase, Maersk Drilling has been involved in the project to investigate whether existing wells can be closed off and used for the new purpose.

“We have investigated what it will cost to convert the wells in question, and we have also found that it can be done safely and securely”, explains Jeanne Mia Lønstrup, project manager at Maersk Drilling.

The first phase has included a check for possible leaks, and everything looks really good. The next phase that has now been launched as a pilot phase is testing of small-scale CO2 injection into a former well in the North Sea, further reducing potential risks.

“We need to start securing funding for this part of the project, which we expect to be completed by the end of 2022”, says Jeanne Mia Lønstrup.

Test of all risks

At DTU Chemistry, head of department Professor Erling Halfdan Stenby explains that geological storage of CO2 is a crucial element of the early stages of the green transition.

“The solution can be realised at a relatively reasonable price, and the technology makes it possible to store large amounts of CO2 in the short term. Currently, there are no other available technologies that can do the same, and everyone agrees on that”, says Erling Halfdan Stenby.

The Greensand project is the first real experiment in Denmark which tests all the risks and the enormous potential of geological storage.

“It is always important to get out in the field to test all theories in practice. Right now, I actually see the legal rules in the area as the biggest challenge. As a society, we must have the entire set of rules in place, and we must assess the total price and decide who will pay,” Erling Halfdan Stenby points out.