TotalEnergies: Growth must be green 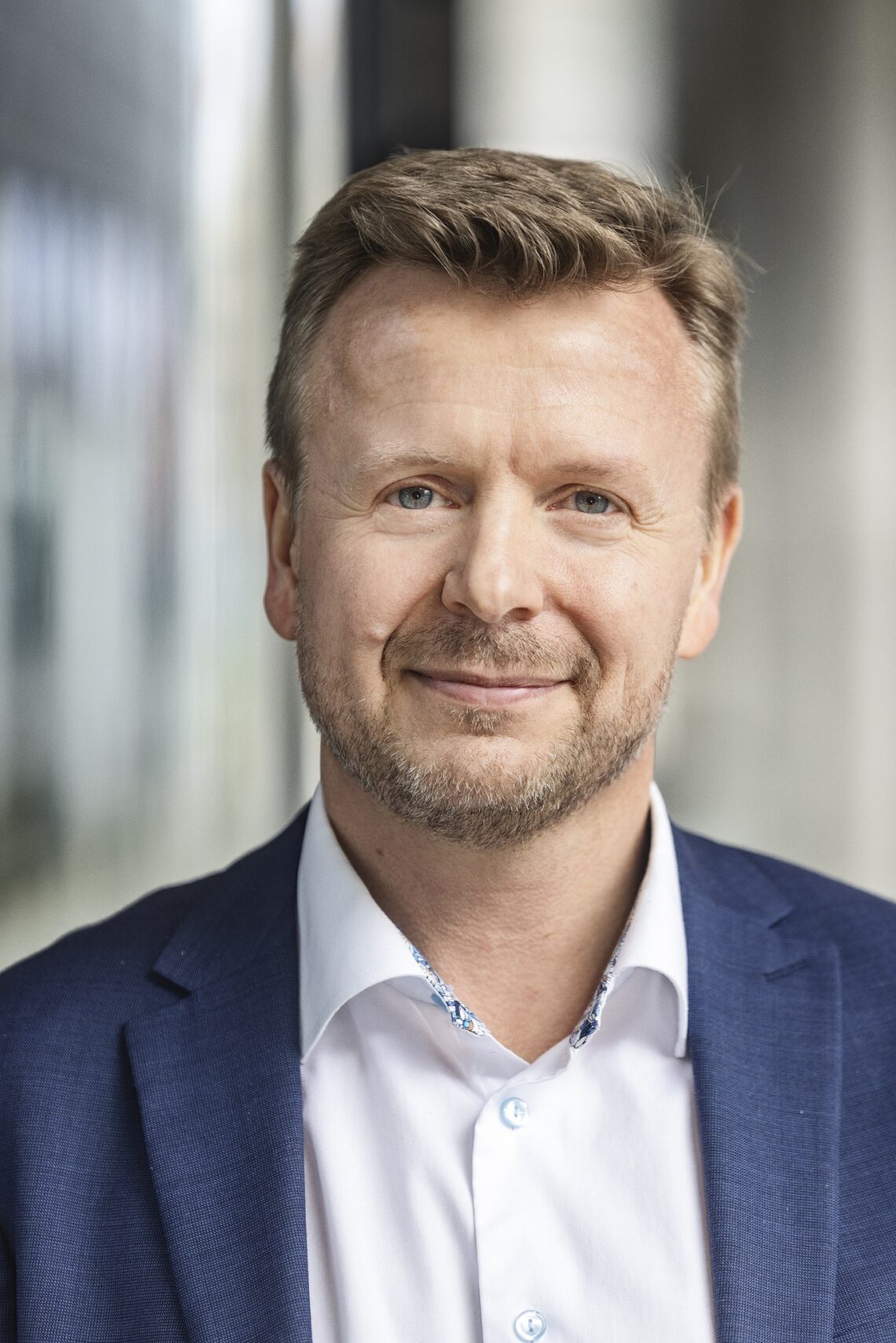 TotalEnergies is on a green transition journey – both in Denmark and the rest of the world. The proximity to the Danish competencies in sector coupling is of great importance for possible future green investments in this country.

When a majority of Total’s shareholders collectively voted in May 2021 for a name change to TotalEnergies, it was not just a yes to a new name and a new visual identity.

At the same time, it was a yes to a new direction for the large French energy group.

“We are well underway with the transformation and see ourselves as a broad-based multi-energy company going forward,” says TotalEnergie’s Danish Country Manager, Martin Rune Pedersen:

“We want to be an important player in the energy transition, and we are investing heavily in renewable energy. The strategy is in the name.”

TotalEnergies has been part of the renewable industry since 1972, when the company built its first solar panels. However, conventional energy production has taken up the most space. Since 1924, the French energy giant has been researching and producing oil and gas from underground in most of the world, and it has done well: TotalEnergies’ 105,000 employees today work in one of the world’s 5 largest energy companies.

The fossil fuel will fill up for some time yet, but the name change signals that TotalEnergies to a large extent also needs something else.

“We develop and run our business in relation to the world we are a part of and the future we are looking into. This means, among other things, that our production and sales of natural gas will increase in the short term, because there is an increasing demand for natural gas in the transition. This has recently been emphasized in our current efforts to free Denmark and Europe from imported Russian energy. We therefore expect to continue to have an efficient and sustainable oil and gas business in the coming decades,” says Martin Rune Pedersen:

“The biggest change can be seen in our contribution to the global energy mix of the future. We signed up to the Paris Agreement from the very beginning and assume our share of responsibility. This will be reflected in our portfolio. We have to consider what we deliver to our customers today, in 2030 and in 2050,” he says.

Growth must be green

“We are investing $3.5 billion in renewable energy this year. This is a quarter of TotalEnergie’s global capital programme,” says Martin Rune Pedersen.

This also means that the remaining three-quarters of the capital programme is still in the fossil fuel?

“Some goes to biofuels and some to natural gas, but yes, about half goes to maintain the existing production. We have two parallel agendas: We want to produce more renewable energy and produce fossil fuels better and more responsibly. With the modernization of Tyra, for example, we are merging two ‘old factories’ and creating a new one that produces with a 30 percent lower CO2 footprint, and in Norway we are working to electrify our platforms where we can,” says Martin Rune Pedersen:

“In conventional energy, we invest in maintaining and improving our operations while investing in green energy growth,” he says.

Along on the side

TotalEnergies’ growth ambitions for the green transition are obvious. Currently, the company produces 10-11 GW of renewable energy. And the course clearly points to full speed ahead in a green direction:

It is almost the entire palette of green alternatives that is being addressed. TotalEnergies is involved in several CCS projects; makes aviation fuel from cooking oil and grows widely within biofuels; has a high – and still increasing – share of biogas in the gas in Denmark and has large-scale production of biogas on the way in France and Spain, where a 1.5 terrawatt plant in 2025 will convert organic waste from 15 countries into biogas.

For TotalEnergies in Denmark, part of the green effort is focused on CO2 storage (CCS) in the North Sea, which according to Martin Rune Pedersen makes ‘super good sense’, not least in a Danish context.

“The infrastructure we have built up and the knowledge we have acquired about the North Sea fields and the subsoil over five decades are of great value to Denmark. CCS is relevant in many ways, and the Harald field, which is the foundation for the first part of the Bifrost project, is the most suitable field, as it may soon be available for permanent CO2 storage. We will be able to use the existing facilities, pipelines, and our crew – we can do what we need to do. Since the 1990s, we have been injecting CO2 into the subsurface in France and Norway, and our geologists and reservoir engineers understand the subsurface. We have an ambition to put this knowledge into play. And the potential is great; Bifrost is expected to be able to store 3 million tons of CO2 annually from the start, which is more than Denmark’s total CO2 storage ambition,” says Martin Rune Pedersen.

“We must be part of Denmark because it is important to be part of the strong Danish competence in this area. We want to be a part of the innovation that is happening in Denmark, and especially the sector coupling that is unique in Denmark. We have a good civil service and a strong political ambition in Denmark, and the sector has no more players than that we know each other and understand each other’s premises. It is a good place to build from, and it is also one of the reasons why we have appointed a Renewables Explorer locally for Denmark, who will look for new business opportunities within renewable energy in Denmark,” says Martin Rune Pedersen.