Drones must deliver spare parts directly to the wind turbine 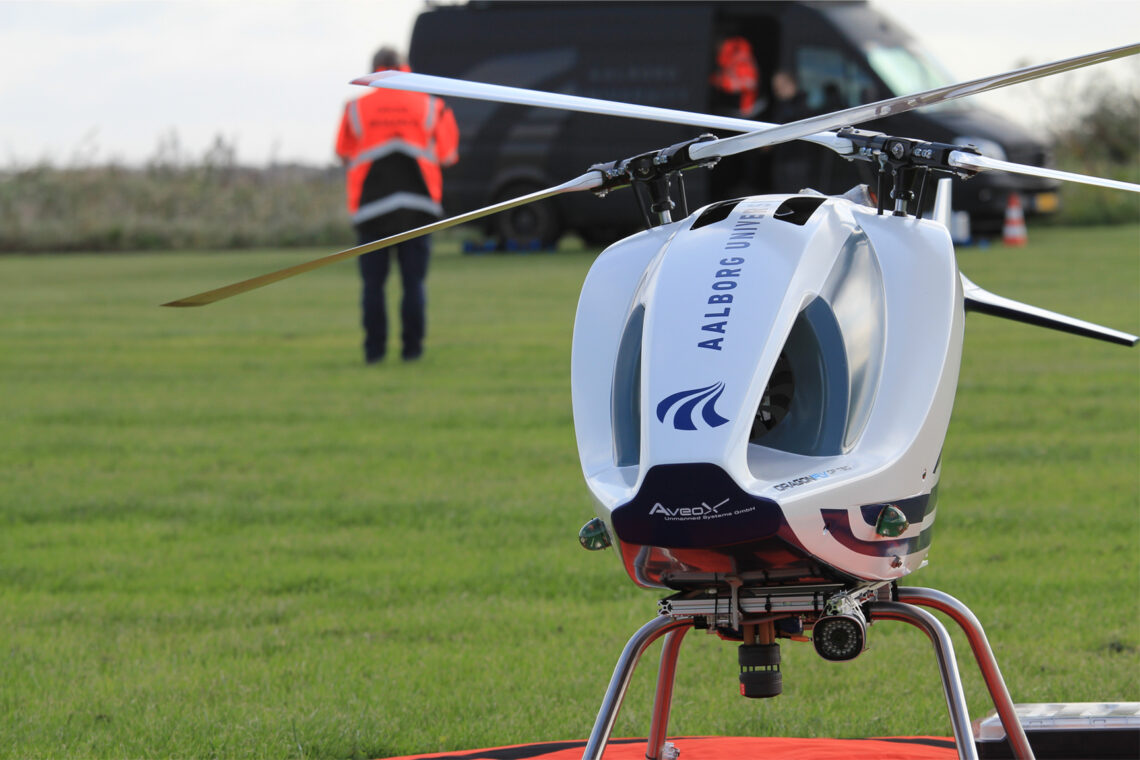 Drone technology has in a short time established itself as a game changer with the potential to revolutionize almost all industries.

The possibilities of using drones are many, and across industries, drones are skewed when it comes to finding the next effective and smart solution. The wind industry is no exception, and in a CRIF project from the Energy Innovation Cluster, drones will be used to supply spare parts and tools to the technicians at offshore wind turbines. Siemens Gamesa is the problem owner in the CRIF project, and Chief Engineer Lars Holm Nielsen is in no doubt about the drones’ possibilities.

“We can definitely see the potential, and therefore we are happy to push on and get involved in that development,” he says.

The drones are becoming important

“The collaboration on drone innovation will save companies time and money – and ultimately be a piece of the whole puzzle, we call the green transition, where more renewable energy must be produced as cheaply as possible for the benefit of us all,” says Glenda Napier.

Siemens Gamesa has previously investigated the possibilities of using drones in an offshore wind farm. The project showed that there is a business case in both the short and the long flight with drone; especially on drone delivery from ship to offshore turbine and from land to offshore turbine.

“Two years ago, we could not imagine that it would be relevant to ask the technicians if they would have been able to solve the task faster if they could get a drone to fly the spare part to them”, says Lars Holm Nielsen:

“So we do not have data that supports the business case for the simple reason that the technology is so new that the data base is not present. But the turbines are getting bigger, the distance to land is getting longer, and the drones are getting better. There is no doubt that the drones will have a role to play “, he says.

Challenges the limits of the drones

On the short route from ship to turbine, the parks’ specially built Service Operation Vessel (SOV) is the platform for the drones. Flemming Hjorth, Head of New Services Business Development at ESVAGT, who is a partner in the CRIF project, sees a clear potential for efficiency:

“Often it is small spare parts that make a difference: smaller electrical components or a piece of special tool. If we can deliver it with a drone, it will potentially save a tremendous amount of time and contribute to further streamlining the operation of the offshore wind farm, ”says Flemming Hjorth.

Anders la Cour-Harbo, associate professor at Aalborg University and partner in the CRIF project, focuses on the long drone flights from land to the offshore wind farm 150 kilometers out on the water – and preferably with 25 kg of goods on board. Both range and cargo weight push the performance of current drones.

“We have excellent drones when we fly within the drone pilot’s field of view with low weight and in good weather”, says Anders la Cour-Harbo:

“The task is just another when a drone has to transport 25 kg of goods 150-200 kilometers out into the North Sea, blown and rained and put the package off on an offshore wind turbine… without us being able to see anything. We challenge everything drones can do today, ”he says.

Solution is on the way

Challenges often lead to solutions, and Aalborg University is already quite close to being able to send a 90 kg heavy helicopter drone on a long flight with a significant amount of goods. “Before the end of the year, we will demonstrate that we can fly out of sight and deliver 25 kg of goods at a mill”; Anders la Cour-Harbo states:

“Then a significant development work and a string of other challenges await – for example the security aspect related to sending heavy cargo drones on the wings. But I expect it to be technologically possible in 2022, ”he says.

For the shorter flight with less freight, the time horizon is shorter: “We ‘just’ have to fly from Service Operations Vessel to the mill, and it sounds simple – but here too there are challenges”, says Kristian Skaarup, CEO of Lorenz Technology, which focuses on parcel deliveries from SOV to offshore turbine over distances of a few kilometers:

“The ambition is that the drone can automatically take off from a ship; itself chooses approach and positioning to the nacelle and initiates a delivery mechanism before it itself returns, ”he says.

Lorenz Technology hopes to be ready with semi-automatic flights by 2020 and testing the fully automated flight by 2021. Once operational, the solution has the potential to make even better use of the specially designed SOVs in the operation of the park.

“An SOV has a large storage capacity, but you still have to spend time adding to the turbine and moving the spare part up into the turbine. Whether you are missing a screwdriver or a packed lunch, it takes time to navigate in place. It is obvious that drones will be able to carry out some of that task “, says Lars Holm Nielsen.