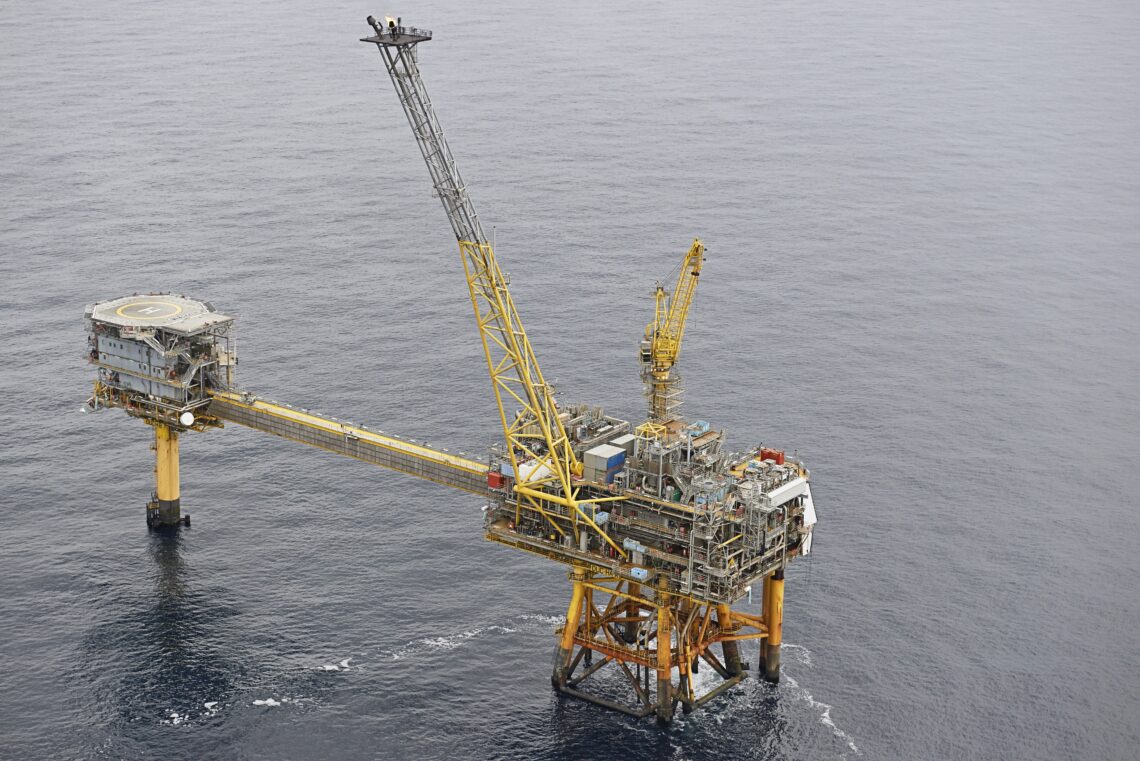 Can the offshore production of oil and gas be operated with green energy from wind and wave energy and hydrogen? Total and a group of project partners will explore the potential of a new innovation project.

It requires a lot of energy to extract oil and gas from the subsoil, and therefore the offshore oil and gas industry is now focusing on reducing energy consumption and thus the CO2 footprint.

Total supports a group of knowledge institutions and companies in investigating the potential for using renewable energy sources to improve the climate footprint of Danish oil and gas production.

The innovation project ‘O / G Decarb’ will investigate the possibilities of setting up a combination of wind turbine and wave technology on a liquid foundation to store wind and wave energy, which via electrolysis can convert electricity into hydrogen:

“It is an exciting and innovative project that Total supports because it has the potential to solve one of the challenges of electrifying production platforms with offshore wind produced near the platform,” says Ole Hansen, Head of Development, Business & JV Management at Total E&P Denmark;

“By investigating how wave and wind energy can be converted to hydrogen, the study can help create a reliable green energy supply for the platforms, which can be used on days without wind,” he says.

In addition to ensuring the production platform access to a stable, renewable energy source, the project will also investigate the possibility of integrating any overproduction of hydrogen into the gas sent ashore.

“If we can reduce the climate footprint from energy-intensive oil and gas production and at the same time integrate a larger share of hydrogen in the natural gas produced, we will be closer to climate-neutral energy production at sea. That is why the new innovation project is relevant for Denmark, ”says Glenda Napier, CEO of the Energy Innovation Cluster.

Uncover the potential
In recent years, offshore wind has developed very positively. The price has fallen, and you can now produce wind energy at great depths and in harsh environments – among other things by using floating foundations. Anders Køhler, director of the company Floating Power Plant, sees a market.

“It is not profitable to establish traditional offshore wind at the depths where offshore production is typically located, but floating offshore wind has a potential. We are grateful that Total and the Regional Fund share our vision to explore this new market, ”he says.

CEO Morten Willaing Jeppesen from DHRTC sees the project as an obvious opportunity to investigate the potential for significantly reducing CO2 emissions from oil and gas production offshore.

“It provides an opportunity to identify technological gaps that we need to uncover on the journey towards a different energy supply with a larger share of renewable energy,” he says.

“The power-to-gas solution is a key element in the future energy system. Therefore, the innovation project is an interesting opportunity to uncover the potential in integrating offshore hydrogen production into the existing gas infrastructure, ”she says.

“We are pleased to be able to contribute competencies across offshore energy and green hydrogen technology to decarbonise the Danish oil and gas sector,” he says.

FACTS
The innovation project ‘O / G Decarb’ (full name ‘Renewable energy-driven Integration of Hydrogen in the Danish Offshore O&G sector’) focuses on a study of three concepts and business cases for the integration of renewable energy in Danish oil and gas production.